Get fresh music recommendations delivered to your inbox every Friday.
We've updated our Terms of Use. You can review the changes here.

from Something's Awry by Sterling Witt 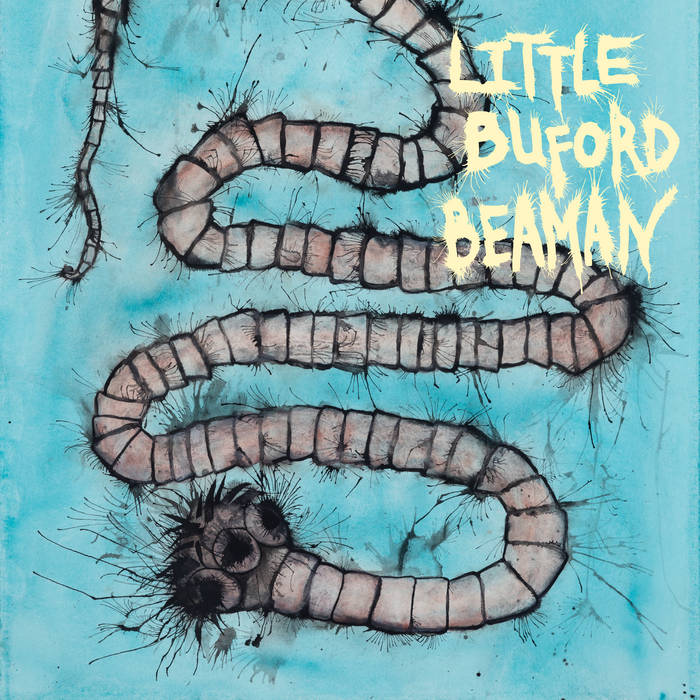 Something wasn’t right with the Buford Beaman boy.
A teensy, tiny fella who looked like a toy.

Everyone thought he was just a late bloomer,
that turned out to be a silly little rumor.

Next week he would be seventeen.
He had a big beard, deep voice, and everything.

His younger brothers were much bigger and taller.
A single-mother family living in squalor.

What can they do? There’s no doctor around.
Just a witch on a hill, with a cat and a hound.

She was known for miracles and curing ailments.
Some say she’s the cause of many derailments.

The next day, mom took the boy to the Witch.
Along the way, they passed something dead in the ditch.

Knock knock knock! The Witch answered the door.
“Come in! Come in! Whatcha waiting for?”

“Leave the boy with me for three days time.”
“How shall I pay you? I haven’t a dime.”

“One day I will call upon you for a favor.
Whatever I need, you will have to cater."

The Witch opened the door and said, “NOW YOU HAVE TO GO!
I have work to do on your boy, don’t you know?”

Reluctantly mom left her boy with the Witch.
What if something went wrong? Some sort of glitch?

The Witch tied a rope around Buford’s ankles.
She hoisted him up; from a rafter he dangled.

No food or drink for Buford that day,
The second was the same in every way.


The boy hung with his head aimed at the floor.
He whimpered all day and at night she would snore.

He moaned and he groaned, the Witch said, “don’t worry.”
“It’s all part of the remedy,” and off she scurried.

On the third day, the Witch began to cook.
A good smelling stew from her recipe book!

Carrots, potatoes, onions and cabbage,
A carcass and seasonings, his hunger was savage!

Buford struggled with all his might.
He squirmed and he wiggled. He just wanted a bite!

She slid the kettle under Buford’s head.
He breathed in the steam. “I just want to be fed!”

His poor tummy grumbled and shook all around.
The Witch touched his gut, and listened to its sound.

Little Buford Beaman coughed and choked.
Something came out when his belly she poked.

Slobber and spit oozed from his mouth
along with a tapeworm, all headed south.

One foot, two foot, three foot, four!
How on earth could there still be more?

Buford had fed this enormous parasite!
It ate his breakfast, lunch and dinner, nearly every bite!

Buford was dumbfounded, how could this be true?
It snaked through his throat and plopped in the stew.

The tapeworm sloshed around in the pot.
The Witch untied the boy, oh what a knot!

Unable to stand, he fell to the floor.
Feeling weak and woozy and terribly sore.

Everything was spinning, his vision a blur
He tried to speak. It was a rambling slur!

The Witch dipped the ladle deep into the kettle,
poor Buford’s tummy had no chance to settle.

She served up a big bowl of the stew.
Set it next to Buford, his face turned blue.

The Witch shrugged her shoulders and tasted the soup.
It was quite good, despite looking like goop.

She dragged the tapeworm out of the broth,
and let it go in the lake, where it wriggled off.

“Originality is a hard thing to come by these days; and not a word we use lightly, but it has to be said – Sterling Witt is IT.”
-Indie Music Magazine

Bandcamp Daily  your guide to the world of Bandcamp

Oakland producer Mejiwahn chats about his breezy and transportive LP.